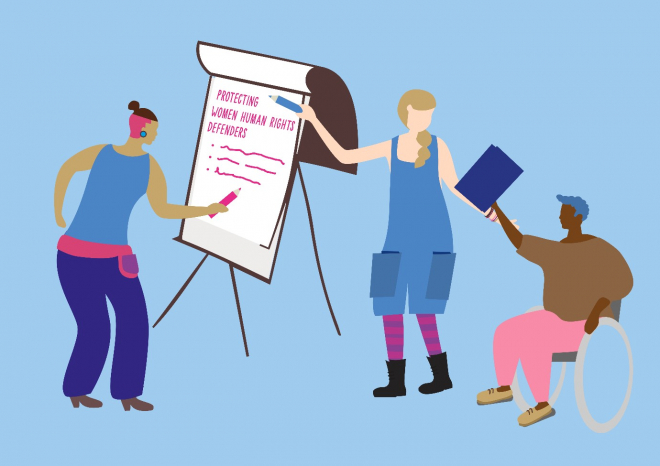 
On Monday 17 January 2022, WO=MEN and Atria will organize a final consultation session to discuss the draft priorities & recommendations, also known as the two-pager. The draft recommendations were written by Atria based on previously received input from Dutch civil society and the CSW66 Kick Off Meeting on December 13 last.

This document will be presented at the end of the month to the Dutch government delegation to the 66th CSW in March. Negotiations on the final text already begin in early February, with the recommendations providing important guidance for the NGO representative and other delegation members.

Sign up for the consultation with Nadia van der Linde. (The meeting will be held in Dutch)

This, this is what is meant by saying that society has a ...

Together with Ditwerktwel.nl we are committed to a fair ...

Looking out for each other, looking forward to the future. ...

Letter to Minister Hoekstra on negative effects of de-risking

In a letter to Finance Minister Hoekstra, a large number of ...