What we do | Theme | Gender, Peace and Security 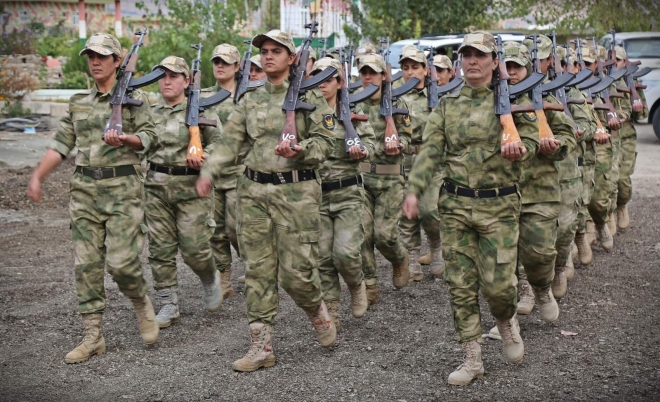 The position and security needs of women, men and gender non-conforming persons are not equal in conflict or post-conflict situations. We advocate that everyone is equally represented and adequately protected. In addition, we advocate for women to be able to meaningfully participate in conflict prevention, conflict resolution, peace processes and reconstruction of society.

Unequal power relations and gender roles are often a root cause of conflict. People are still excluded from education, work or land based on their sex, class, ethnicity, religion, sexual orientation, skin colour, disability and/or age: this exclusion can result in conflict. The Arab Spring, for example, was partly caused by the lack of perspectives for the youth.  Young men and women were unable to meet the social and cultural preconditions to get married and start a family because they were unemployed. Their anger fed many uprisings during the Arab Spring. At the same time peace negotiations often fail to address the root causes of conflict, and the needs of the local population are inadequately reflected in peace processes, if at all. We currently observe this in, for example, Yemen, Afghanistan and South Sudan.

WO=MEN demands awareness for women's rights and gender norms in (politically) fragile situations. There are relatively high numbers of dead and wounded among boys and men because they (are forced to) serve in the front line. Girls and women must often work double shifts as they become heads of households, in addition to their traditional care tasks. Women are rarely involved in the process to disarm men and boys, although they have a crucial role to play therein. Female militia members are often insufficiently involved in peace, reconciliation and reintegration agreements, such as witnessed in Colombia, Iraq and Ukraine. This can and must change.

Women’s rights and gender equality groups must be structurally engaged in peace processes. Gender knowledge must be available before, during and after political and military missions. WO=MEN lobbies for gender awareness within Dutch foreign policies and regulations – including diplomacy, development aid, defence, security and trade – as well as EU, NATO and UN policies and resolutions.

New conflicts might erupt if no attention is paid to the position and roles of women, men and gender non-conforming persons in pre- and post-conflict situations. Sustainable peace can only be achieved by changing the underlying unequal power relations and role patterns. Moreover, it is crucial that the specific security needs of women, girls, men and boys are met. This need is also acknowledged by the United Nations. In 2000, the UN Security Council adopted Resolution 1325, which stipulates that women and girls must be involved in conflict prevention, peace negotiations and reconstruction.

WO=MEN advocates for the implementation of  Resolution 1325 and the related 9 Women, Peace & Security Resolutions in the Netherlands, the EU, NATO and UN institutions. This also includes CEDAW General Recommendation 30. Furthermore, WO=MEN coordinates the National Action Plan 1325, together with the Dutch Ministry of Foreign Affairs. The NAP 1325 is a national programme of 70 social organisations and five ministries who have committed to collectively implement UN Security Council Resolution 1325.

In October 2020, the Generation Equality Compact for Women, Peace and Security and Humanitarian Action (WPS-HA Compact) was launched in which various countries and organizations are represented. The aim of this Compact is to promote the implementation of existing agreements in the field of Women, Peace and Security and humanitarian action. WO=MEN lobbied for this Compact together with more than 100 other social partners. Now WO=MEN is directly involved in the WPS-HA Compact as one of the 'catalytic members'.

WO=MEN shares knowledge between society, the science community, the military and the authorities

We also support female human rights defenders and other activists in their fight for gender equality in conflict affected countries . To this end we sponsor activists, develop and support social media campaigns, monitor women’s rights violations and  collect and disseminate studies and publications. In addition, we recommend speakers from civil society for international forums, and monitor policy and missions of the Netherlands, the United Nations, NATO and the EU.

WO=MEN facilitates knowledge sharing between society, the science community, the military and government

The Gender, Peace and Security (GPS) working group comprises over 50 social organisations and individual members. The working group exchanges knowledge, experience, research and trends, convenes during themed sessions and organises joint lobbying and advocacy activities. Within the working group a core group of 10 members determines the lobbying priorities for the coming period.

FIND OUT WHAT WO=MEN HAS ACHIEVED SO FAR>>