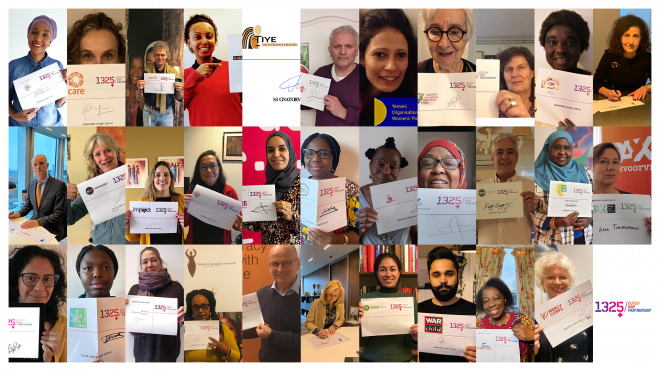 Together with the Ministry of Foreign Affairs, WO=MEN coordinates the National Action Plan 1325. The Dutch National Action Plan (NAP) 1325 is a partnership between the Ministries of Foreign Affairs, Defence, Education, Culture and Science and Justice and Security, the police and 60 Dutch civil society organisations. NAP 1325 contains agreements on how the Netherlands implements UN Security Council Resolution 1325 and the successive resolutions and other international obligations and commitments on 'Women, Peace and Security'. For example, consider CEDAW General Recommendation 30 and the UN Arms Trade Treaty.

WO=MEN coordinates and supports the more than 60 social signatories and implementers of this plan. For more information about the NAP 1325-IV and the NAP 1325 signatories, visit www.nap1325.nl and Rijksoverheid.nl. Watch this launch video with contributions from, among others, Ank Bijleveld, Minister of Defense and Ankie Broekers-Knol, State Secretary for Justice and Security.