What we do | Theme | Gender and sustainable economy 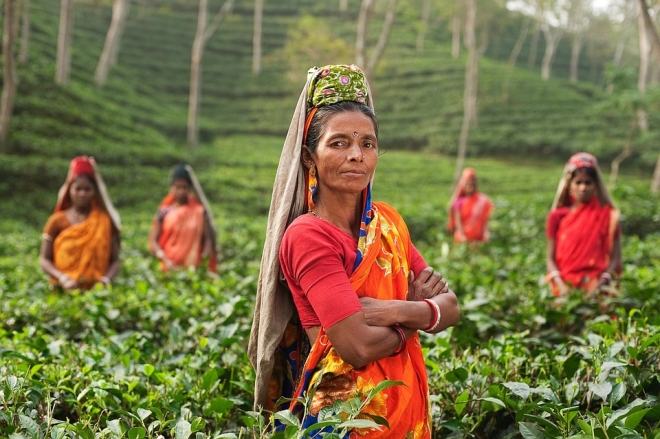 In an ideal world everyone has access to natural resources (land, water, forests), manufacturing chains, businesses and climate agreements. In practice this appears to be more problematic. Women and gender non-conforming persons are often exploited, which means they run the risk of being in a worse economic position than men.

We observe that all over the world poverty and gender discrimination are mutually reinforcing. Women often perform the lowest paid and lowest valued work. Groups that are discriminated against based on their gender identity (women, gender non-conforming persons, indigenous people) have a worse economic position than men. They are exposed to multiple risks, such as sexual intimidation and land grabbing – also because they are often unable to resort to inheritance law.

Fortunately, women fight for their own income, living wages and equal rights on a daily basis. WO=MEN actively supports their fight.

WO=MEN strives for a gender-just economy

We strongly support a sustainable economy in which economic justice and gender justice are firmly anchored. After all, there will be no progress if women and girls do not play an equal economic role. Therefore, we focus on three themes:

We do this collectively with our partners and members both at the national and international level.

Besides our lobbying activities in the public sector we transfer knowledge to trade partners and the business community. We collect and disseminate relevant studies and publications, write position papers and organise meetings on topics of sustainable development.

WO=MEN: together we are strong

WO=MEN aims to convince politicians, governments and the business community

The Gender and Sustainable Economy working group lobbies to influence policy and earmark budget for a just economy. The working group is closely involved in the sectoral agreements that have been agreed upon in the context of International Social Corporate Responsibility (ISCR). Within these we also demand a greater focus on women's rights and the rights of minorities. In addition, WO=MEN lobbies for women's rights and gender equality in trade promotion, for instance, by encouraging female entrepreneurship within the Dutch Good Growth Fund (DGGF).

The Gender and Sustainable Economy working group comprises over fifty social organisations and individual members. The working group exchanges knowledge and experiences. Within the working group, a small group determines the lobby priorities.

FIND OUT WHAT WO=MEN HAS ALREADY ACHIEVED>>