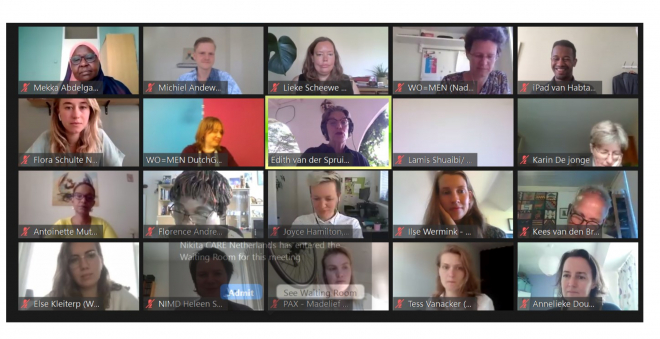 During our digital breakfast session (new) Members of Parliament on Tuesday 8 June 2021 were introduced to our platform and the work of our members on gender equality and women's rights. Several members talked about the importance of the Netherlands as an international champion of the empowerment of women and girls in all their diversity, but also about better accessibility, social norms and masculinity, and the place for women at the negotiating table. A brief overview of their contributions.
MPs discussed their commitment to national and international emancipation: 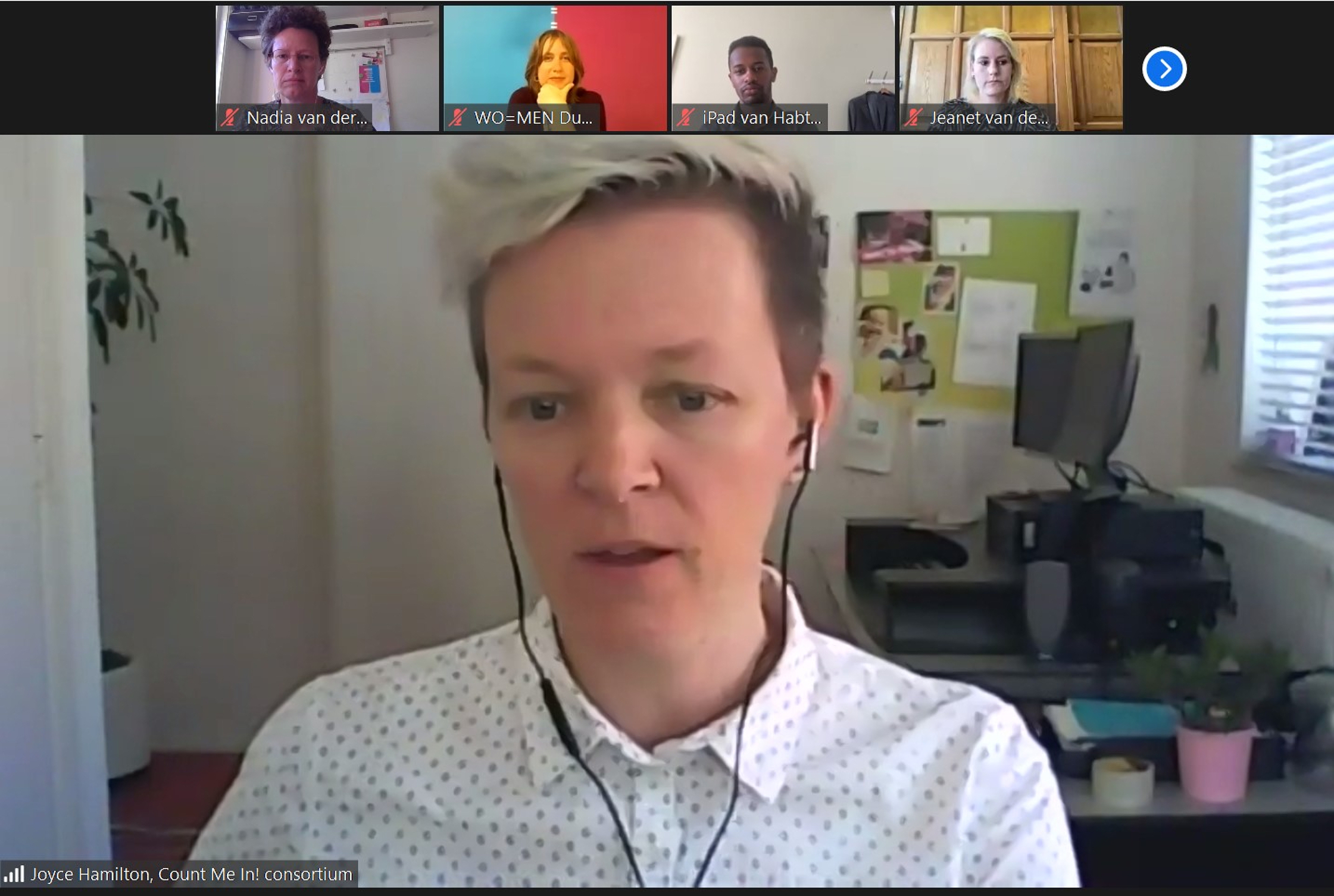 The Netherlands champions gender equality and inclusion of marginalized groups in international processes, says Joyce Hamilton of CountMeIn. Get more resources going directly to local Southern women's organizations so they can work to change harmful laws, policies and standards and make their own voices heard in international forums. 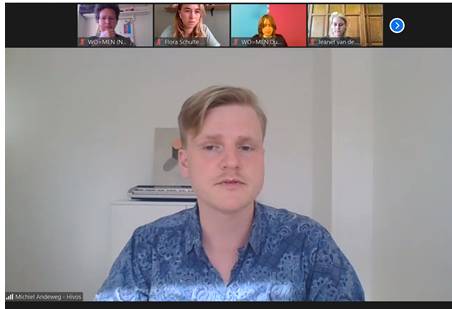 Michiel Andeweg of HIVOS tells the story of trans woman and sex worker Shantal from Honduras, from documentary m/f/x. The Netherlands is an important champion of LGBTIQ+ rights worldwide, but can do even more, for example by actively involving LGBTIQ+ people in programs on access to education, safe work and entrepreneurship. 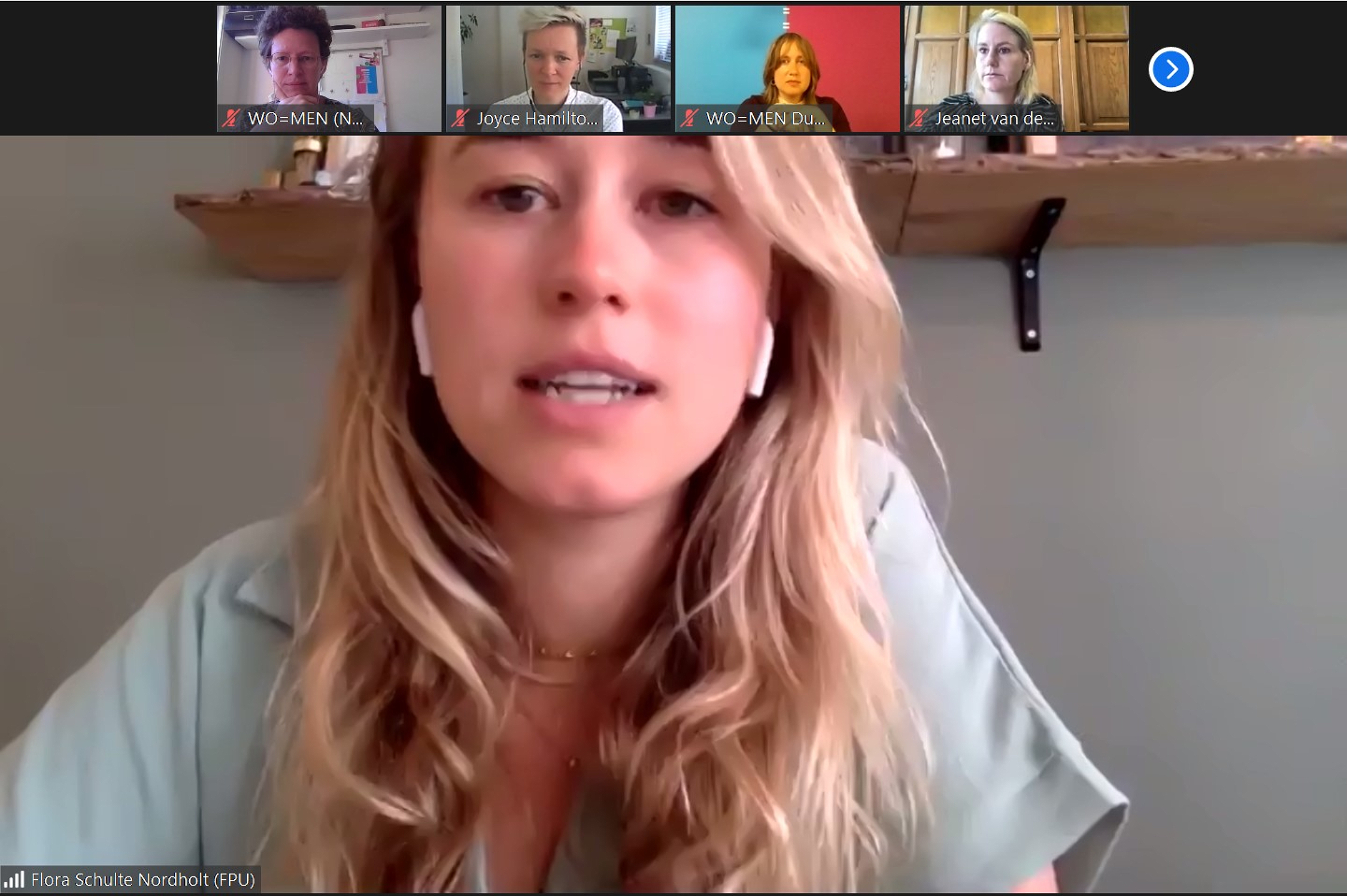 Men and women are still not represented equally in the news media, says Flora Schulte Nordholt of Free Press Unlimited. Where women are often portrayed as housewives, victims or in a sexual context, men, on the other hand, are usually portrayed as experts, powerful and dominant. This leaves little room for alternative views of masculinity and femininity. 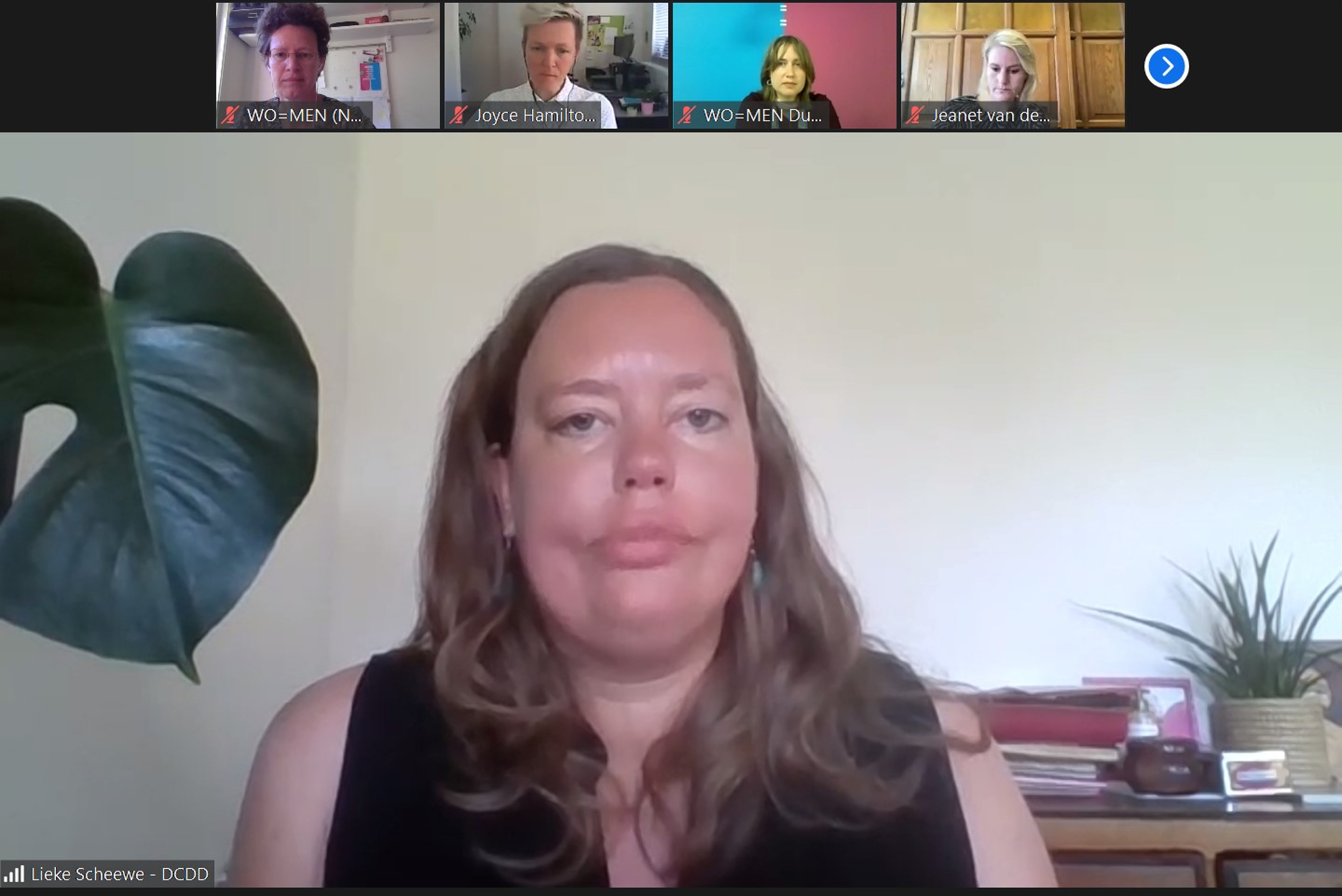 Lieke Scheewe of the Dutch Coalition on Disability and Development (DCDD) talks about accessibility. Although most girls without disabilities now go to school, most girls who have disabilities still do not go to school. Let alone that they have good access to the labor market or equal pay. Such issues only receive extensive attention in discussions about gender equality when women with disabilities also have the opportunity to participate in those discussions.
At the same time as the international emancipation group, there was also a discussion with MPs about Gender, Peace and Security:
Women need to be at the table. Sustainable peace, which allows people and communities to flourish – is more likely to take root if efforts are locally owned and provide local solutions to local problems. Research shows that women are often leading such efforts in communities – brokering peace between conflict groups, negotiating humanitarian access and prisoner release. Yet, too often, women and women-led civil society in communities and on the global stage remain marginalised; and their work woefully underfunded. 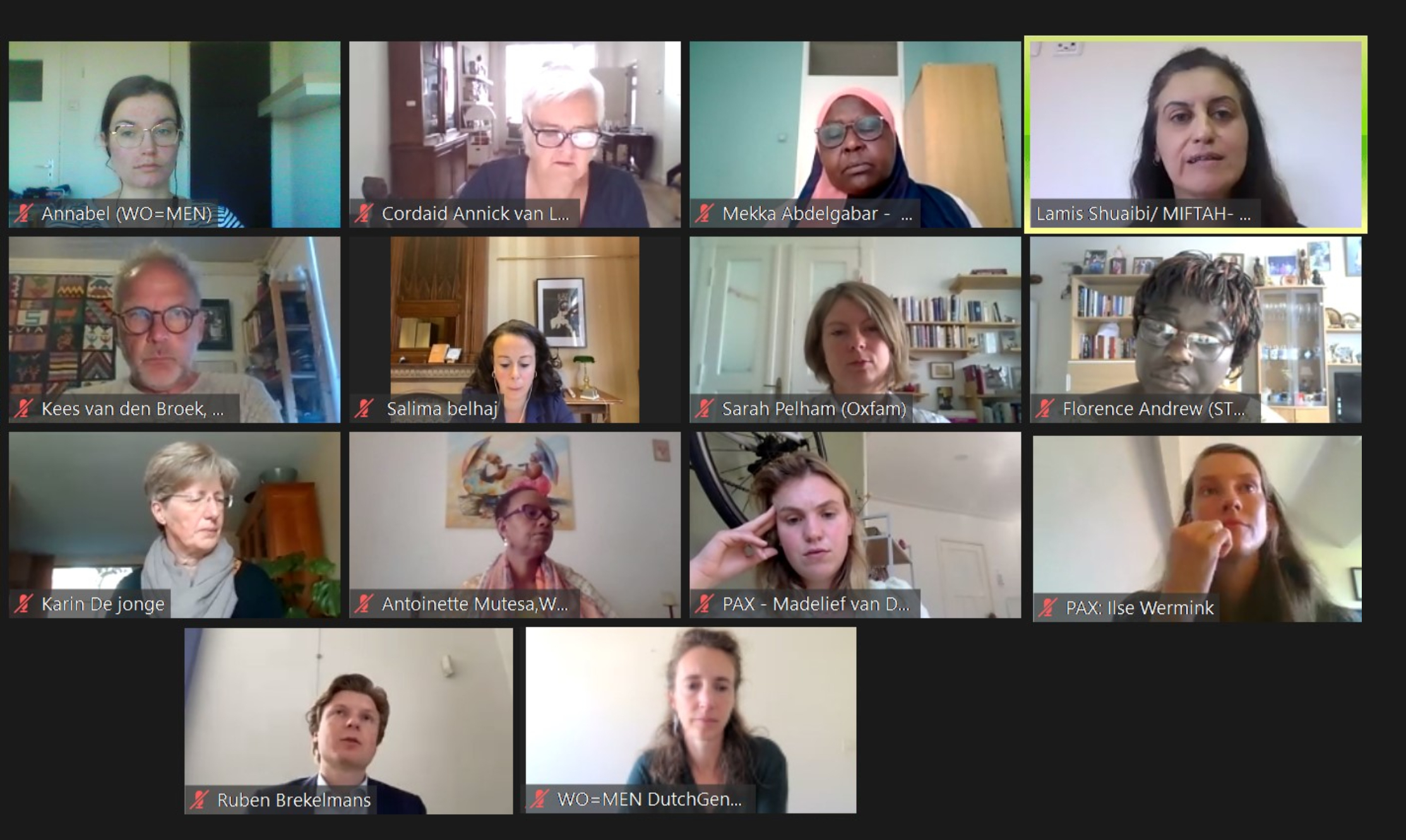 How can MP’s support the participation of women from conflict-affected areas to influence peace and security decision-making? Women in the Occupied Palestinian Territories play an important role in peace processes, but their resources are limited and more should be done to structurally include women affected by conflict, says Lamis Shua'ibi Hantouli, director WPS at MIFTAH. 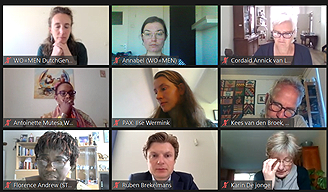 Annick van Lookeren Campagne of Cordaid talks about the peace process of Afghan women, who appear to be neglected in the peace negotiations in their country. In only one in five meetings, an Afghan woman sits at the table. With NATO troops withdrawing, a strong and long-term support for Afghan youth and women is crucial. 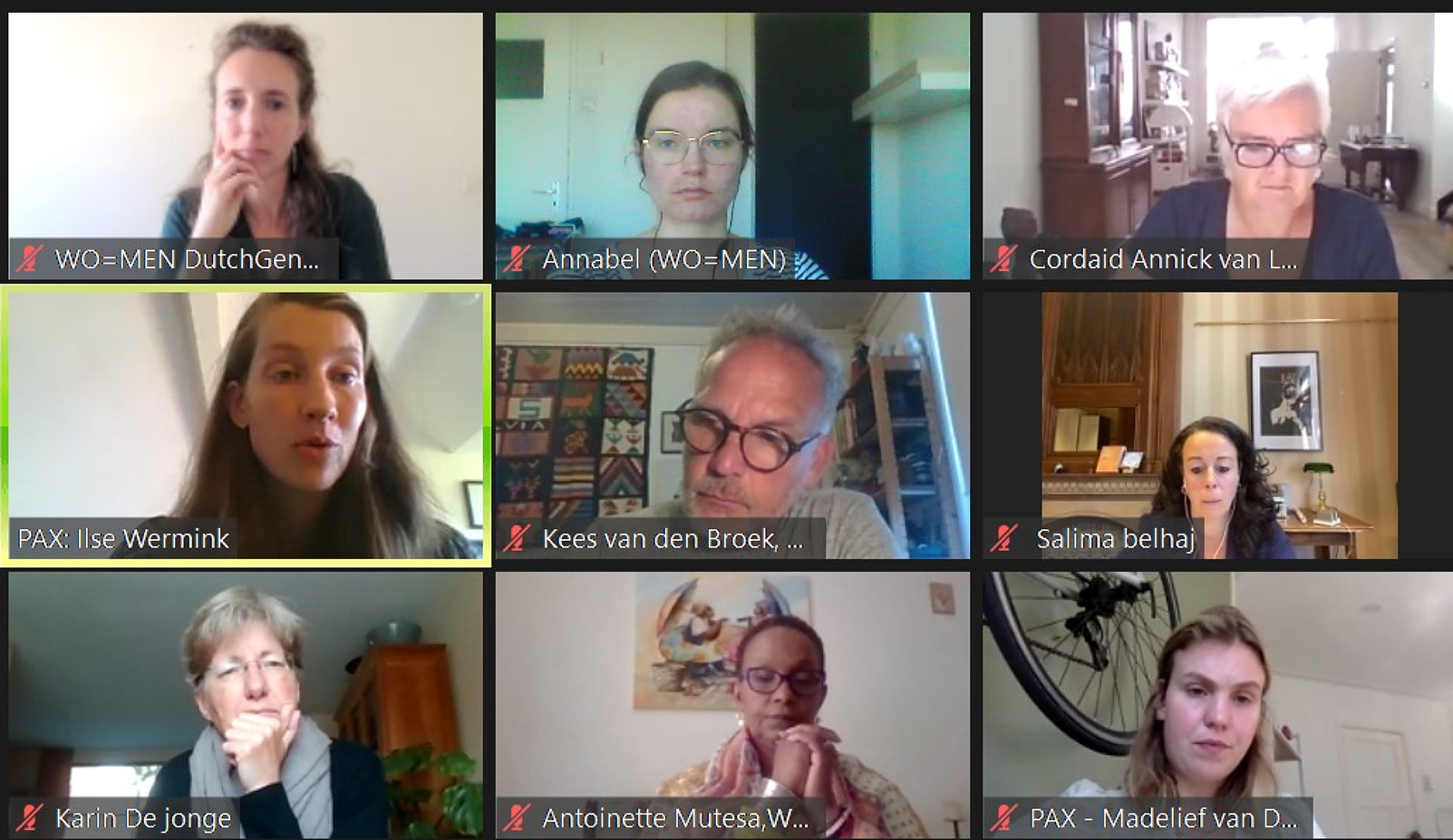 Together we need to promote peaceful and inclusive masculinities, says Ilse Wermink of PAX. In DR Congo, defected LRA members grew up to believe that violence is the path to manhood, power, and access to women. Together with female social workers we are working to transform the narratives of what it means to be a man, not only to improve the social reintegration of male defectors, but also to aid reconciliation efforts, local peace efforts, and progress women’s empowerment. 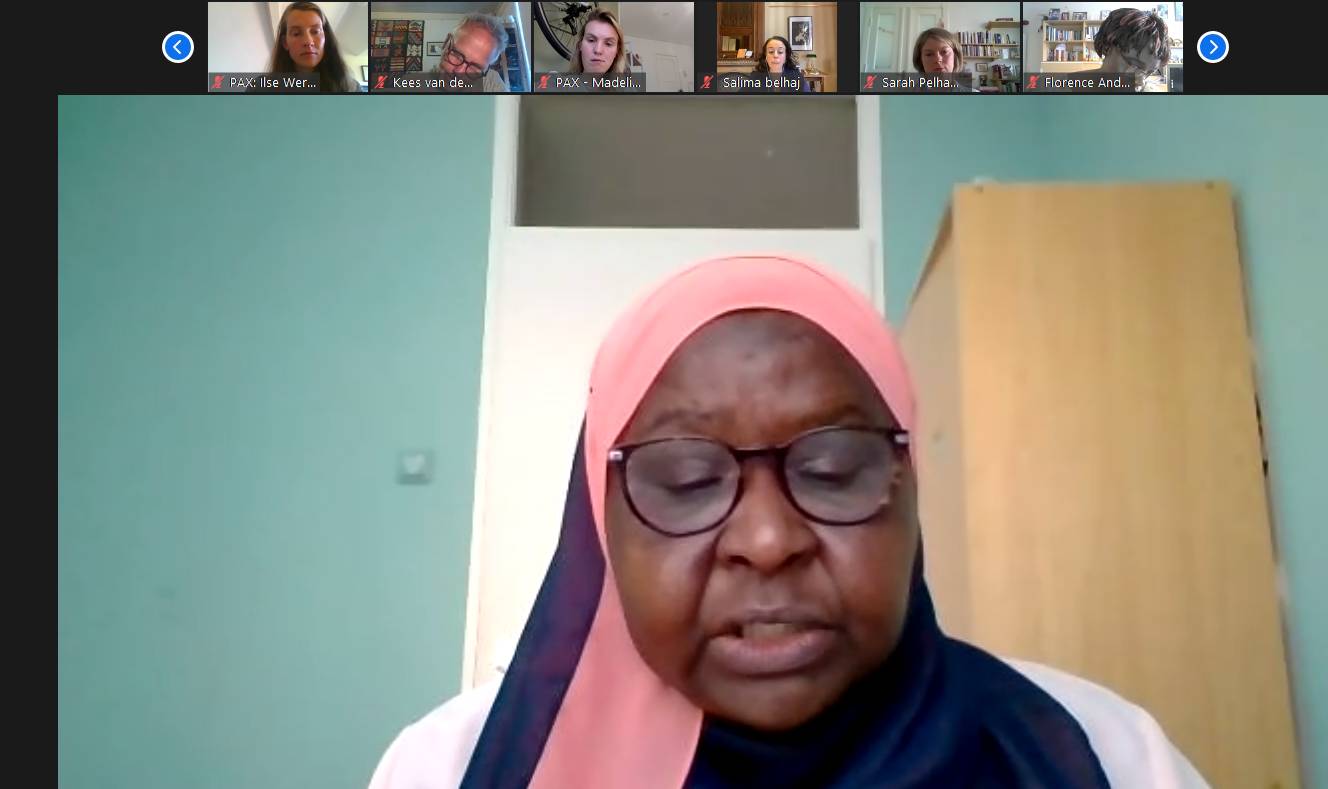 Mekka Abdelgabar of VOND reminds us that it is crucial to actively ensure the protection of women in the context of conflict and to defend their rights and freedoms at home and abroad. In different parts of the world, women are exposed to (gender-based) violence as a result of wars, conflicts and crises. 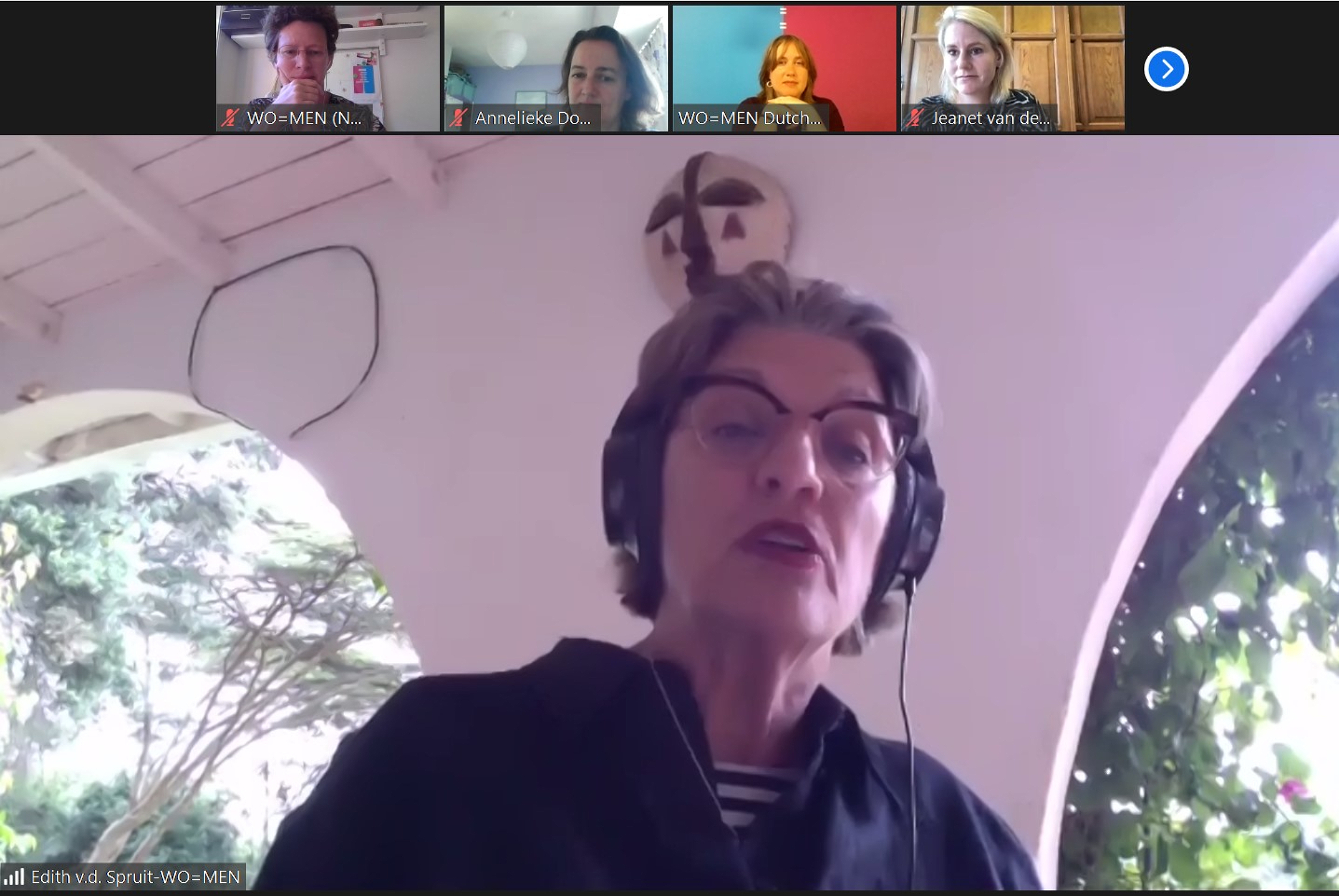 A final tip from WO=MEN director Edith van der Spruit to members of parliament: Go for a feminist foreign policy. That simply says that we are going to fight the unequal balance of power. If you don't ask with every investment what it means for local women and communities, you know things are going wrong. And come back to us. Proclaim the word. These organizations that are here know very well what is going on at the local level.

In memory of Mahsa Amini "From Evin with love"