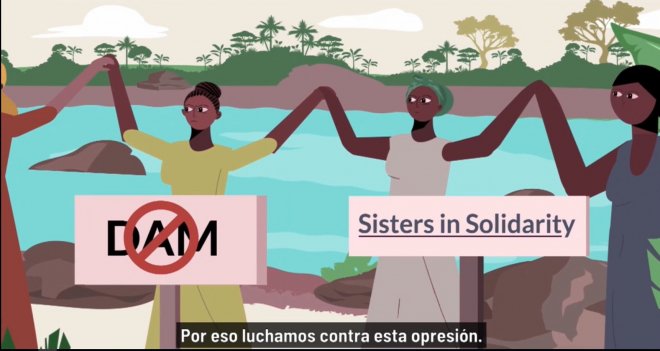 CMI! Calls for a Gendered Response to Extractive Industries at the Generation Equality Forum Paris

Twenty-six years after the landmark fourth World Conference on Women In Beijing, Generation Equality was set up by UN Women as a process to celebrate progress and catalyze further action to achieve gender equality and women's rights. On day one of Generation Equality, even before the opening ceremony took place, Count Me In! (CMI!) partner Urgent Action Fund-Africa presented a strong statement in the digital session Our Bodies, Our Land: Indigenous Women Human Rights Defenders.
Count Me In! partners dedicated the space to Women Human Rights Defenders (WHRDs) who struggle daily to retain their ancestral land and territory. "We light a candle in memory of every fallen WHRD targeted, maimed and murdered due to corporate greed to silence their powerful collective voice demanding justice," said Susan Asio, Senior Programme Officer Economic Justice, of the Urgent Action Fund-Africa. 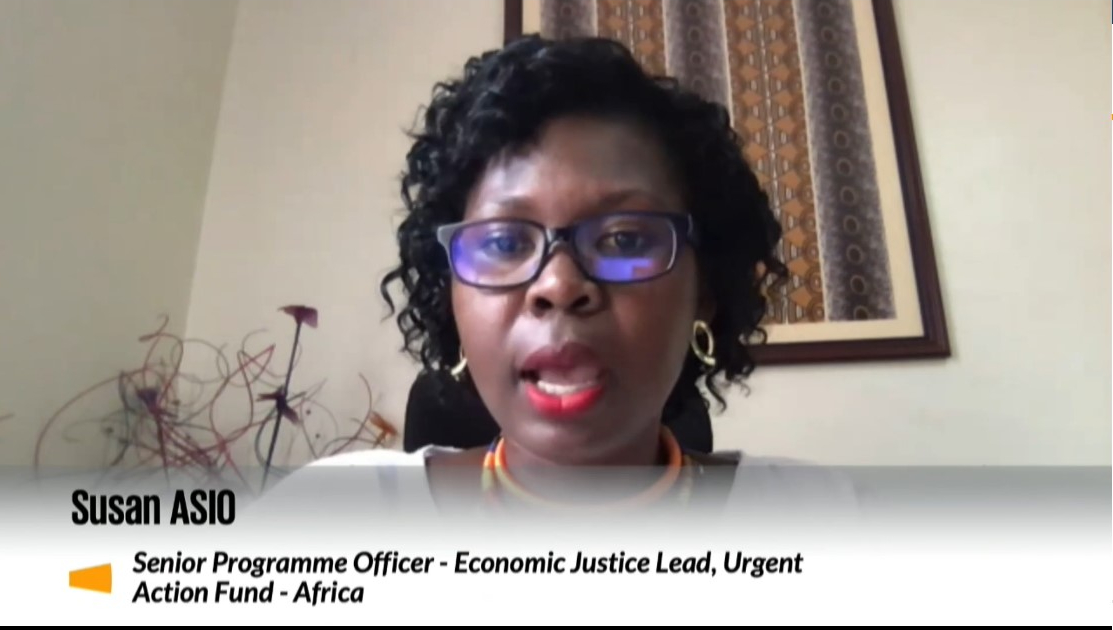 Urgent Action Fund-Africa is a feminist, Pan-African, rapid response Fund, committed to transforming power relations through resourcing African feminists and women human rights defenders. WHRDs face many barriers, Including Gender-blind policies and practices in community consultation and decision-making processes which give rise to the systematic exclusion of women.
Subsistence economies are destroyed when women are forcibly relocated and evicted without compensation, Ms Asio noted.  The Fund has also observed criminalization, violence, sexual abuse, intimidation and reprisals against WHRDs who act in defense of their land, territory and the environment. Dissent by communities as a result of forced relocations is usually met with excessive use of military force.
Despite these barriers and threats, African women have sustained resilience in defending their ancestral land and territory, against destructive extractivism by using a range of traditional and contemporary feminist movement building strategies.
WHRD's from Uganda, for example, received a rapid response and catalytic support that facilitated the women in a rural community to organize, confront injustices, build collective advocacy and litigation. They resisted continuation of a Chinese quarrying project that was breaking down houses, causing mis-carriages and heart complications, disrupting agriculture and polluting water sources. As a result, the women took legal action seeking compensation.
The Count Me In! consortium believes that gender justice must be at the forefront of the extractive reform agenda. The Generation Equality Forum and Action Coalitions mandates present an opportunity for the push towards a Pan-African and gendered response to extractives.

CMI! calls on governments to publicly recognize the important and legitimate work of WHRDs working in defense of territories and natural resources. Such recognition should extend to WHRDs in all their diversity, and ensure the protection of WHRDs working to defend territories and natural resources, and provide an enabling environment free from violence in accordance with international human rights standards.
CMI! calls on funders to provide long-term support to WHRDs and women’s organizing, through flexible multi-year funding, including core and emergency funds, which can be used for community initiatives advancing feminist and alternative models of challenging systemic and cultural injustices in extractives work and environmental and economic rights activism.

CMI! calls on CSOs to engage in consciousness raising, solidarity and collective action to build strong movements countering the impact of extractive industries on indigenous and land-based communities, and lives of defenders of body, land and territory, as well as monitor and document violations against WHRDs, their organizations and movements working to defend territories and natural resources, and generate information on violence and gender-specific impacts against WHRDs. 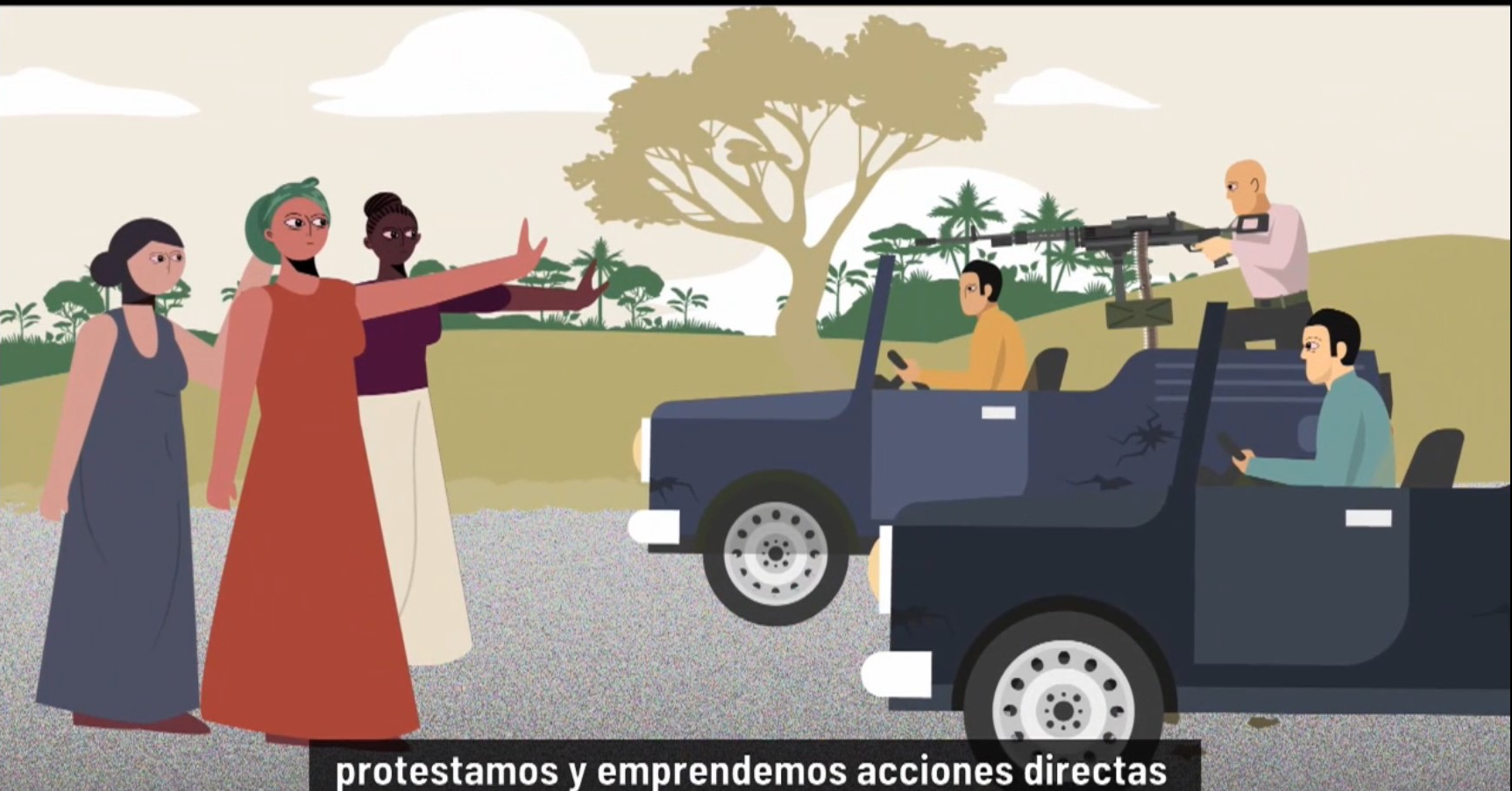 Credit: Images shown are stills of a video by CMI! that was presented in the session Our Bodies, Our Land: Indigenous Women Human Rights Defenders at Generation Equality Forum Paris.

26-09-2021 From Inequalities and Vulnerabilities Towards Prosperity ...