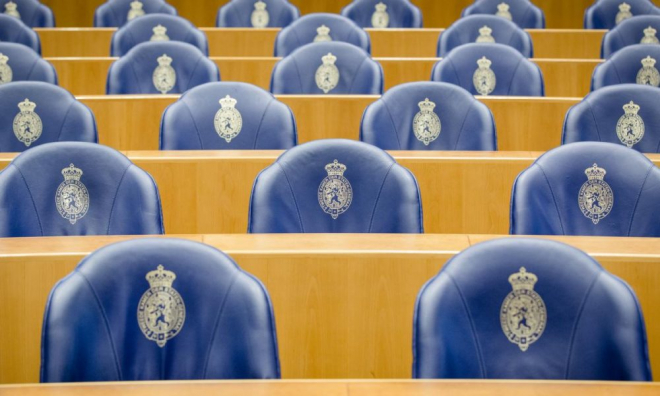 WO=MEN, together with the Netherlands Lawyers Committee for Human Rights (NJCM) and other civil society organisations, responded to the Memorandum of Amendment to the Transparency Social Organizations Bill (WTMO). Despite a number of positive amendments to the bill, the organizations still have concerns, which they share with the Minister for Legal Protection in a letter.
Bill WTMO
The Bill on Transparency of Social Organizations (WTMO) aims to prevent foreign donations to social organizations from leading to undesirable influence in the Netherlands. The bill gives the mayor, the Public Prosecution Service (OM) and other government agencies the power to inquire with civil society organizations about foreign donations above 15,000 euros.
Concerns about the bill
The organizations are concerned that this bill will have a major impact on the work of civil society. As soon as the threshold of 15,000 euros has been reached, the name and location of the donor will be announced. This can lead to a decrease in donations to civil society organisations. As a result, the bill affects the freedom of association of civil society organisations, the right to respect for private life and data protection of individuals and the free movement of capital. It is precisely a country such as the Netherlands, which promotes human rights and civil society worldwide with its foreign policy, and should set a good example by guaranteeing these rights at national level.
The current proposal actually restricts the space of civil society in the Netherlands. It also remains unclear why this bill is necessary at all in addition to existing legislation, and how it aims to prevent serious criminal activities such as money laundering and terrorist financing.
The role of the mayor
The organizations remain concerned about the role of the mayor and the expansion of the concept of 'public order'. As a result, the bill conflicts with the guarantees of the rule of law and legal certainty. In their letter, for example, the organizations point out to the minister the risks associated with the political leanings that mayors almost always have because they are appointed by the municipal council. The mayor's political leanings can (unconsciously) influence decisions when requesting information about donations without parliamentary oversight. The organizations therefore advise that the power to request information should only be left to the non-political mandate of the Public Prosecution Service. In addition, the organizations are of the opinion that the mayor does not have the mandate and is not equipped to take over (partial) tasks from the Public Prosecution Service, such as enforcing the rule of law under criminal law and undermining the democratic constitutional state. If these considerations are necessary, the organizations state that more safeguards must be provided against the actions of the mayor.
The full letter can be read here on our database.(In Dutch)

In memory of Mahsa Amini "From Evin with love"