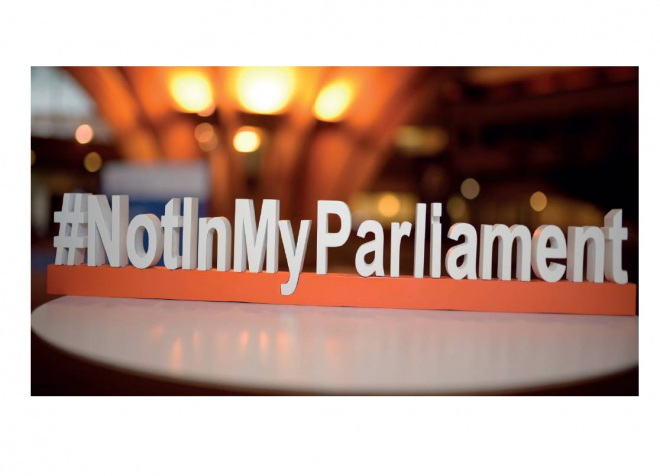 Letter about Safe Work Environment in the House of Representatives

Seventeen (women's) organizations are seriously concerned about sexually transgressive behavior against employees and volunteers in the House of Representatives, and about the inadequate handling of reports. This is stated in the fire letter that the organizations, including WO=MEN, sent today to the chairman of the House of Representatives on the initiative of Bureau Clara Wichmann.
The direct reason for the burning letter is the reaction of the President of the House to the allegations against Member of Parliament Dion Graus, the lack of action by the Presidium in this situation, and the lack of continuity in the change of the Presidents of the House of Representatives to persons such as Member of Parliament Graus to deny access or act in any other way.
The organizations believe that the Presidium can no longer hide behind the argument that there is no employer-employee relationship between the House and individual group employees who have become victims of transgressive behaviour.
Transgressive behavior against women in politics is an obstacle for women to participate on an equal footing with men in political life and the labor process. That is why the authors of the letter point to, among other things, the UN Women's Convention and the Istanbul Convention, from which it follows that not only political groups, but also the House of Representatives is responsible for a safe working atmosphere. In doing so, they make several suggestions for taking an active role and taking appropriate measures to combat and act against sexual violence.
Read the letter here (In Dutch)

Agenda
Women included or excluded in G20: Implications on Gender