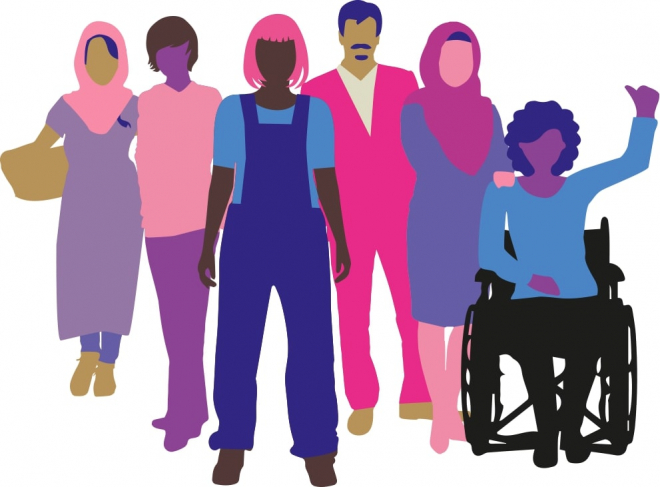 New Convention against Violence and Harassment at Work

The ILO (International Labor Organization) adopted a new convention against violence and harassment in the workplace in Geneva on Friday 21 June 2019. The ILO is an organization that falls under the United Nations and is specifically concerned with all matters in and around the workplace. The signal that the ILO is sending out with this treaty is important for countries and companies around the world to tackle violence and intimidation in the workplace. It is now up to the countries themselves to implement the rules in the treaty into national laws and regulations.
Lobby
Marieke de Vries of WO=MEN was present in Geneva together with CNV International: 'The Gender Justice and Sustainable Economy working group of WO=MEN has been active in lobbying the convention, called the Convention concerning the elimination of violence and harassment in the world. of work, 2019. We are currently in close talks with the Ministry of Social Affairs and Employment (SZW). The focus here is on the further steps necessary to ensure that this treaty will be officially recognized by the Dutch state.'
The Alliance
It works together! (ASWH), a partnership between several organizations including WO=MEN and WOMEN Inc., is also pleased with this treaty and the lobby for ratification. The aim of the Alliance is a society in which women and men actually have equal opportunities to combine paid work and unpaid care. A safe workplace increases social equality and thus women's access to work and the economic self-reliance of (financially vulnerable) women in the Netherlands. positive sound This treaty is finally a positive message from the United Nations. Three months ago, the annual meeting of the Commission on the Status of Women concluded that there appears to be a backlash on women's rights. Examples are the heated debate about abortion and curtailment of rights in the LGBTI community and (abroad). Minister Ingrid van Engelshoven (Education, Culture and Science) also pointed this out in New York: 'A broad international coalition wants to take steps back with regard to gender equality, with regard to the rights of women and of LGBTI persons. I'm very concerned about that. We have to be very alert.”
back

Sexwork is one topic that many organizations don't ...

Freedom of Expression and Gender Justice.

How does the climate crisis impact peace and security for women and youth?