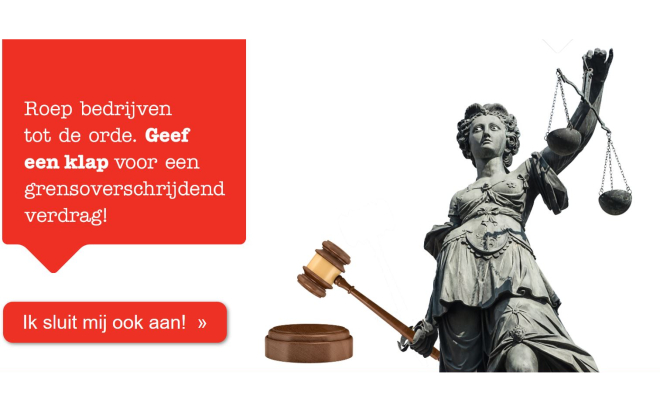 Proactive stance of the Netherlands desired in UN treaty

Today marks the start of the seventh round of negotiations on the UN Convention on Human Rights and Business, which will oblige companies worldwide to respect human rights and the environment. This legally binding treaty has been under negotiation in the United Nations Human Rights Council since 2014.  In this letter to Minister Schreinemacher (Foreign Trade and Development Cooperation), ActionAid, IUCN-NL, Milieudefensie, SOMO and WO=MEN Dutch Gender Platform ask for a pro-active stance and to commit to a common European negotiating mandate.
Read the full letter here (In Dutch)
back

If it weren’t for OFRANEH raising the alarm and bringing ...