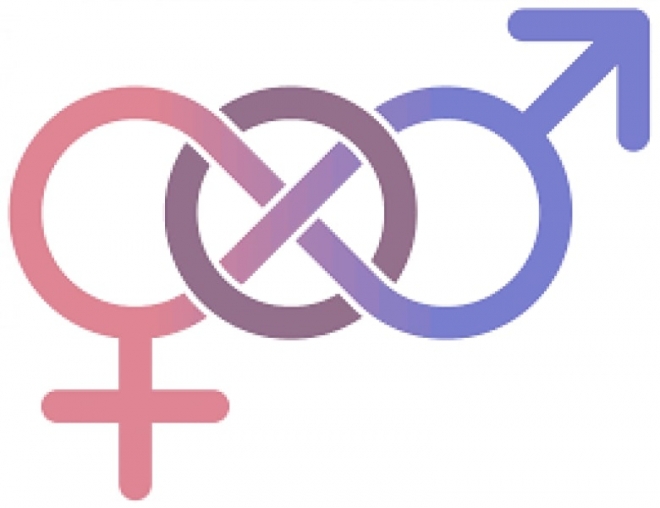 
Responding to the Far-Right & Anti-Feminism: Gendered Human Security
By Theresa Ammann and Tamara A. Kool

In this blog post we connect the current political climate with our current research project that systematically analyses the existing literature on ‘gender’ and ‘Human Security’.

The Rise of the Far-Right & Anti-Feminism
The global rise of authoritarian movements and the entry of far-right parties into parliaments and governments alike (for example but not limited to, Denmark, Brazil, Hungary, Germany, Greece, India, Italy, the Netherlands, USA) is a concerning trend. Looking closer, the rise of the far-right is deeply entangled with and poses a threat to the feminist movements and their agenda. Firstly, support in the rise of anti-democratic movements is linked to the devaluation of gender equality world-wide. Secondly, growing global socio-economic inequalities are seen as causing people to turn to authoritarian leadership. Finally, violent far-right groups are known to recruit members through constructions of male identities, rather than racist ideologies, resulting in a reinforcement of the traditional patriarchal structures.

As a consequence, the rise of far-right groups often coincides with covert or overt attacks on immigrants and LGBTQIA communities. Despite the far-right’s claim to promote the good of the people against the elite, its policies often harm the poor and aid the elites. In combination with scapegoating immigrants and LGBTQIA, vulnerable groups are further marginalised.

Moreover, openly misogynist and sexist behaviour has become more acceptable since far-right candidates such as Trump or Bolsonaro regularly make strongly negative comments about women. Even if some do not partake in such behaviour, other far-right groups bring in the argument that equality has been achieved and that feminism is therefore redundant. To understand this concerning trend, it is important to reflect on some of the root causes that may lead to such perceptions before discussing how a gendered Human Security lens can help in countering some of these developments.

While many far-rightists are intentionally racist, sexist, and trans- and homophobic, many of their comments also reveal a fundamental problem with feminism that perpetuates the entire (political) spectrum: namely the misunderstanding and misuse of feminism (and with it gender equality). We highlight three misunderstandings of feminism and gender equality which, we argue, facilitate anti-feminist sentiments:

The second misunderstanding occurs frequently in practice. In our research, we find that gender-based violence of women is heavily emphasised. We also come across a persistent stereotyping of women as passive victims and if women are portrayed as active participants they are general described as peacemakers. The latter two have also been used to explicitly critique the UNSCR1325. Essentialising women as victims or only recognising their active role as peacemaker fails to consider women as actors who often live more diverse lives; for example, as warmakers or as economic agents in their own right.

The first two points often result in men either not being referred to or being labelled as perpetrators of women’s victimhood. The former excludes men from feminist debates, while the latter overrides men’s diverse roles (as peacemakers or victims). Some argue that by excluding men or merely looking at them as the aggressors, men are being demonised in the debate.

These three misunderstandings of feminism have gained prominence in and are subsequently captured by the rise of the #WomenAgainstFeminism social media movement.

How then should one go about this and provide a counterbalance? We begin this by outlining our understanding of feminism. Over the past years, different views of feminism have regained prominence with #MeToo, the UNWOMEN’s HeforShe campaign, or following Beyonce’s Mrs Carter Tour. While laudable, each has received criticism.

So where do we stand on feminism? In our view, a critical intersectional feminist approach concerns a socio-political movement and ideology that strives for the equality of the sexes and undoes the power inequalities that are locked in place by intersections of gender, sexual orientation, class, race, age, religion, disability, historical legacies (such as colonialism and imperialism), capitalism, and neoliberalism. The striving for an equality for all has evolved over four waves of feminism and considers all sorts of intersectional power inequalities; those between men and women, those between classes, and those between the global ‘North’ and ‘South’. If these different power dimensions are not addressed, gender equality and equality at large cannot come about.

Consequently, achieving equality for all takes time and continuous contextualised attention, rather than a one-size-fits-all quick-fix solution. Therefore, we argue for incorporating a gendered Human Security approach to achieve equality for all.

Need for a Gendered Human Security

We regard Human Security as a UN paradigm that (1) takes a bottom-up approach to security, (2) focuses on individuals and communities in their wider national and global structures, (3) advocates contextual preventive and responsive actions, (4) seeks to address root causes of insecurities, and (5) is widely used by practitioners and carries weight in the political arena. A gendered Human Security approach thus…

Responding to the Far-Right & Anti-Feminism

So how can a gendered Human Security approach help us to advance equality for all and address the challenges that we face in light of the rise of the far-right? We make the following policy recommendations:

If men are not included in feminist agendas, this can and has been misunderstood as demonising men and a threat to their masculinity. Failure to do so also feeds into the violent male identities that far-right groups are constructing for their recruitment.

Gender impact assessments should thus go beyond assessing the incorporation of men and women but should incorporate the larger societal construct that shapes their experiences.

Old successes (such as the UNSCR 1325, National Action Plans, abortion legislation, parental leave) must continuously be revisited, expanded, and improved to avoid complacency and the risk of them being undone.

The 2017 worldwide Women’s March for the equality for all and the Weinstein effect of the #MeToo movement illustrate the potential strengths of the feminist movement. We argue that a gendered Human Security approach supports the feminist agenda and rids it off its misunderstandings, enables a counter-movement to the far-right, and potentially sparks a dialogue about the underlying, structural causes of global inequalities. A gendered Human Security approach would prove a starting point to open the discourse between the various perspectives and positions as it allows us to regard each other within the larger context; thus, we look beyond our own worldview.

Tamara Kool is a PhD fellow at UNU-MERIT / Maastricht University. She has a particular interest in the impact of conflict on society and the role of social policy and civil society in fragile contexts. For the past years, she has been active in the field of gender, peace and security​. Her current work focuses particularly on the inclusion of regional-based refugees in the labour market in the Middle East, particularly in Jordan. She holds a MSc. in Public Policy and Human Development from Maastricht University and UNU-MERIT where she specialised in Social Protection Design and Financing. Prior to that, she obtained a BA in General, Comparative and Intercultural Literature at Leiden University amongst others and has worked in the cultural and creative industries.

Theresa Ammann is a Postdoctoral fellow at the Human Security programme at Aarhus University, Denmark. She currently works on gender relations in restorative justice and conflict mediation in Denmark. In her PhD she explored a postHuman security approach that transverses critical, feminist, and human security studies in the context of post-war and post-Ebola Liberia. From 2015 to 2018, she was a coordinator of the Gendering in Research Network at Aarhus University. She holds a MSc in Human Security from Aarhus University and a BA in Political Science from the University of Otago, New Zealand.

Nieuws
There is no gender equality without protection for women defenders

Latest call for group trainings of the Orange Knowledge Programme

Nuffic: the Dutch organisation for internationalisation in ...

THE ROLE OF WOMEN IN TERRORIST ORGANIZATIONS