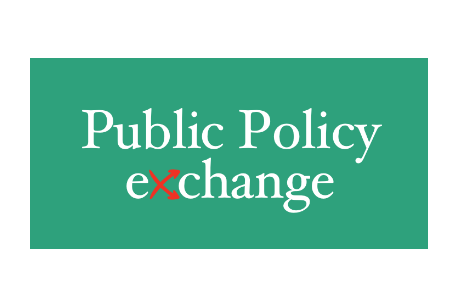 
Overview
The murder of Sarah Everard has been described as a "watershed moment” in dealing with violence against women and girls. Research from the Femicide Census records that a woman is killed by a man in the UK every three days. Around 57% of female victims are killed by someone they know (most commonly a partner or ex-partner, compared with 39% for men), and 70% of women are killed in their own home (twice the figure for men). According to the Crime Survey for England and Wales, 144,000 women were victims of rape or attempted rape in the last year, but just 55,000 rapes were reported to the police, and only 1,439 people were convicted of rape – the lowest number since figures have been released in 2014-15. Domestic abuse has also risen sharply during the pandemic, with 1.6 million female victims confined to homes in abusive relationships.

The UK government has said it will take "immediate steps” aimed at improving safety for women and girls following Everard's death. An additional £25 million will be allocated for the Safer Streets fund, which provides local measures such as better lighting and CCTV. A pilot scheme called Project Vigilant, an internationally award winning-approach pioneered by Thames Valley Police, is set to be rolled out across the country where both uniformed and plain clothes officers identify predatory and suspicious offenders in the night time economy. The government also reopened the Violence Against Women & Girls (VAWG) consultation, receiving over 137,000 responses in the first five days. The Police, Crime Sentencing and Courts Bill is going through the Commons at the time of writing, with the Home Secretary claiming that it would end the halfway release of those convicted of sexual offences such as rape. The Domestic Abuse bill is due for Royal Assent in April and will create a statutory definition of domestic abuse for the first time, ensuring that it is properly understood and challenged consistently. The government also reaffirmed their intent to bring forward a new tackling VAWG Strategy later this year and their plans to recruit an additional 20,000 additional police officers by 2023.

While some have welcomed the additional funds for policing, CCTV, and street lighting, many have argued that institutional changes are required within government, police and the criminal justice system, and that current initiatives miss a reality where women get abused, assaulted and intimidated in the most visible of places. A number of MPs including Jess Phillips and Stella Creasy have pushed for meaningful changes to legislation regarding street harassment, hate crime (which omits misogyny), as well as a detailed review into how rape is dealt with – 98.5% of rapes last year went unprosecuted. There are also concerns about the Police, Crime Sentencing and Courts Bill which further empowers the police at a time where women’s trust in the force is low. Just last year, the Centre for Women’s Justice argued that police had been allowed to abuse women with impunity in what it called a "locker-room culture”, and that officers had been harassing and punishing women who did accuse fellow officers of abuse. Developing strategies to deal with not just preventative measures, but also improves trust in the police and increases prosecutions of VAWG must be a priority.

This symposium will provide a timely opportunity to discuss how to best strengthen efforts to prevent VAWG, empower women to be able to report such incidents, and promote best practice for dealing with such crimes at a societal, governmental and criminal justice level.