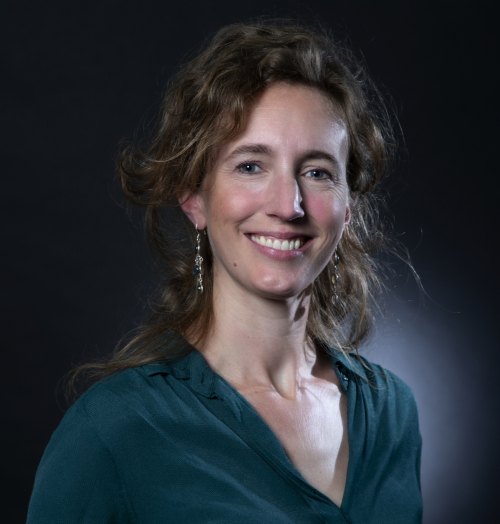 19-12-2022
Anne-Floor Dekker, Program manager Gender, Peace and Security at WO=MEN Dutch Gender Platform, spoke during the WIDE+ Webinar 5th of September 2022. These are her remarks.
What is the relation between the arms trade and feminist politics? What does this mean from a Feminist Foreign Policy approach?

There is a rising number of countries now that have launched a feminist foreign policy. The Netherlands and Germany are developing one as we speak. I have spoken to feminists that emphasize that people have the right to defend their lives and human rights, as is the case in Ukraine, and previously has been in Syria, when the international community armed the Kurds to fight ISIS. At the same time, from the perspective of a feminist peace policy, arms trade is fundamentally contradictory to feminists’ key priority, namely "human security” 1.  A human security approach focuses on reducing non-military threats such as social inequality, human rights violations, poverty, and hunger.

In addition to investing in human security, a feminist foreign policy would need to invest in arms control and disarmament. As feminists emphasize that the possession of arms is not gender-neutral; it reflects power and gender relations that fuel violence, including sexual and gender-based violence, and is still strongly linked to traditional social norms that stand in the way of gender equality 2. Such as the idea of the strong male protector on the one hand and the weak woman that needs protection on the other.
So, investing in human security, disarmament and the control of arms should be main priorities for a feminist foreign policy.

The Arms Trade Treaty (ATT) is the first internationally legally binding instrument that aims to alleviate human suffering through binding arms trade standards. According to Article 7.4 of the ATT, the arms trade is illegal if the weapons in question are used to facilitate or promote (sexual and) gender-based violence. The only way to guarantee a decrease in (S)GBV is through consistent compliance with the provisions of the treaty.

However, when we look at countries with a FFP: none of them have actually stopped their arms export, nor have they put stronger arms control mechanisms in place 3. On the contrary: after the invasion of Russia in Ukraine, countries as the US, UK, Germany and the Netherlands, have been delivering Ukraine enormous amounts of weapons 4. France and Germany are even in the top 6 countries that export arms worldwide.
While all of these countries signed the Arms Trade Treaty, it is still very unclear if these countries in the current arms race have actually assessed the impact of their arms export of SGBV. Public reports are yet to be released (edit 14th of December 2022: the US is stepping up tracking the arms provided to Ukraine 5).
Also, the whole idea of arms export control is under threat from the EU's ambition to become a strong military power 6. The EU is already directing public financial resources towards the private military industry nearly without conditions (ao by the European Defence Fund) with the explicit purpose to strengthen the competitive position of EU arms industry in the international arms market. At the same time, export rules are slowly but surely undermined.  For example, much control over export of arms components has been lifted to facilitate inter-European cooperation between arms companies 7.

So, while more countries claim to have a FFP,  they increase their military spending and decrease their arms control at the same time. The FFP’s in these countries focus mainly on the non-political, traditional gender equality topics. Such as GBV, Women’s Economic Empowerment and Political Participation. If the security and defense sector ís addressed, it is often in the context of diversity and inclusion in the sector.

I would say: it is not an either/or: even if countries provide Kurds or Ukrainians weapons to defend themselves, it doesn’t relieve them from their duty to check what will happen with their arms in the long term, and how it might impact women’s and girls’ safety. Especially in the current arms race. Countries with a FFP also need to continue investing in human security, peace dialogue and peace mediation.

So, for the Netherlands and Germany, who are still in the process of developing their FFPs: it would be revolutionary if they would go beyond traditional gender issues or ‘pink washing’ the security and defense sector, and actually make political choices and thus invest in human security, in stronger arms control mechanisms and disarmament policies. They could be real feminist frontrunners if they would launch a holistic feminist foreign policy.