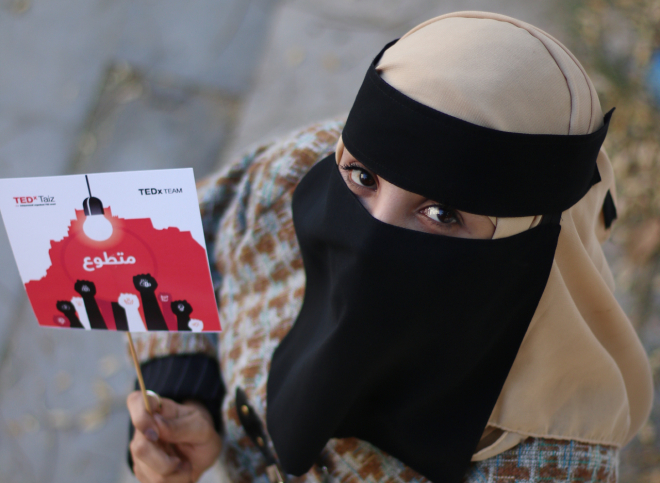 MESSAGE FROM A WARZONE: “YOUNG PEOPLE CARRY A LOT, BUT WE’RE NOT EVEN ALLOWED TO CONTRIBUTE TO PEACE.”


UN Security Council Resolution 2250 was a landmark for youth’s involvement in peace processes. But seven years down the road, the story of 22-year-old Maimona Abdullah in Yemen shows there’s still a long way to go.

"We are the majority. We raise our voices. But most of those in power, the older generation, do not believe in us. They marginalize us. We are held hostage.”
Maimona Abdullah, graduate in English literature, entrepreneur and peacebuilder who lives in the besieged city of Taiz, in Yemen.

In 2015, the United Nations Security Council adopted a resolution on Youth, Peace, and Security. It impels decision-makers around the globe to cast a different look on youth. Not as the stereotypical troublemakers or as victims, but as key players in preventing conflict and maintaining peace. UNSCR 2250 wants young people to meaningfully participate in peace processes and urges member states to increase their financial and political support to make this happen.

The landmark resolution was a long time in the making. From 2010 onwards, Cordaid supported some of the lobby and advocacy initiatives that resulted in its establishment. Ever since, together with partners like UNOY and the Cordaid-hosted CSPPS, we have been standing with young people, especially in conflict-affected settings, in claiming a seat at the tables of war, peace, and conflict prevention. After all, when it comes to war and conflict, they are in the thick of it. Their future is at stake. And true peace will never come without them.