Statement on violations against protesters in Tunesia

The situation in Tunisia has been unstable for several months. The government has been restricting the freedoms of the Tunisian people and responding violently and unlawfully to protesters. Particularly women and the queer community have been targeted. The Arab Foundation for Freedoms and Equality (AFE) and undersigned organisations, including WO=MEN, call on Tunisian authorities to immediately stop violations against protesters in Tunisia.

Read the full statement below:
The undersigned organizations demand Tunisian authorities to stop violations against protesters in Tunisia
For nearly three months, Tunisia has been witnessing political and social instability, which has led to an increase in protests opposing government policies that restrict the Tunisian people and limit their freedom. These practices included direct attacks on certain marginalized groups in Tunisia, which were openly stated by some members of the Tunisian parliament. These statements were hostile to women and to the queer community.
Following these statements, several organizations defending human rights and marginalized groups, including DAMJ, the Tunisian Association for Justice and Equality, and a number of activists organized and participated in protests and rallies calling for social justice and equality, as well as the immediate release of all protesters who were arbitrarily and unlawfully arrested for unjustified reasons.
During most of the protests, the Tunisian police acted brutally against protesters and the organizations, including the extensive use of violence and physical assault and increased arrests. More than 1,000 protesters have been detained to date. In addition, DAMJ activists have been targeted and arrested several times for providing legal support to all detainees, especially LGBTIQ+ individuals.
This situation escalated over the past two days when several police unions issued multiple statements blatantly threatening to intensify their use of violence against protestors. They used homophobic and queerphobic slogans that directly incite hate speech against the LGBTIQ+ community. Indeed, the police apparatus increased their practices that violate human rights and the right to protest, and kidnapped many activists and assaulted them brutally.
This violent attack on protesters extended to social media platforms as well as protesters’ homes. They were targeted only because they have different backgrounds and have gender expressions that do not abide by social normativity. These acts of abuse and intimidation come at a critical time with the spread of the Covid-19 virus, as countries and governments must listen to their populations and their social, economic, civil and political needs to improve the way they manage the global health crisis. However, the Tunisian government preferred to turn a deaf ear to the legitimate demands of human rights activists and the population in general.
Therefore, the undersigned organizations call on the Tunisian authorities to immediately stop physical assaults, violence and arbitrary arrests against all protesters and to respect personal and political freedoms, including the right to peaceful protest and expression. They also emphasize their support for all human rights organizations and activists in exercising their right to express their opinion and defend their personal, civil and political freedoms, and affirm their support for personal freedoms, women, the LGBTIQ+ community and all marginalized groups in Tunisia.
Read the full statement 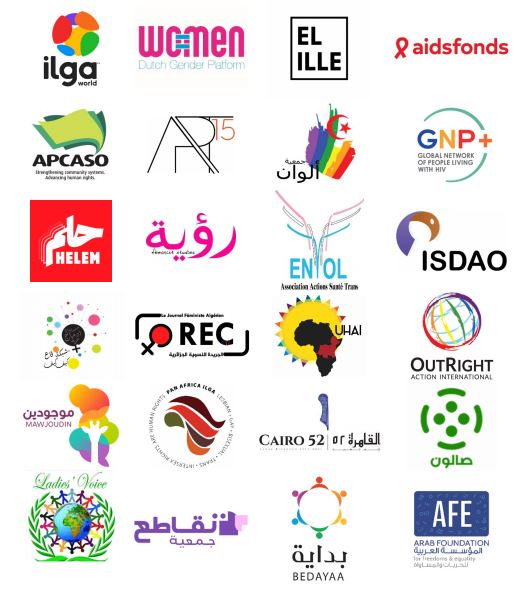